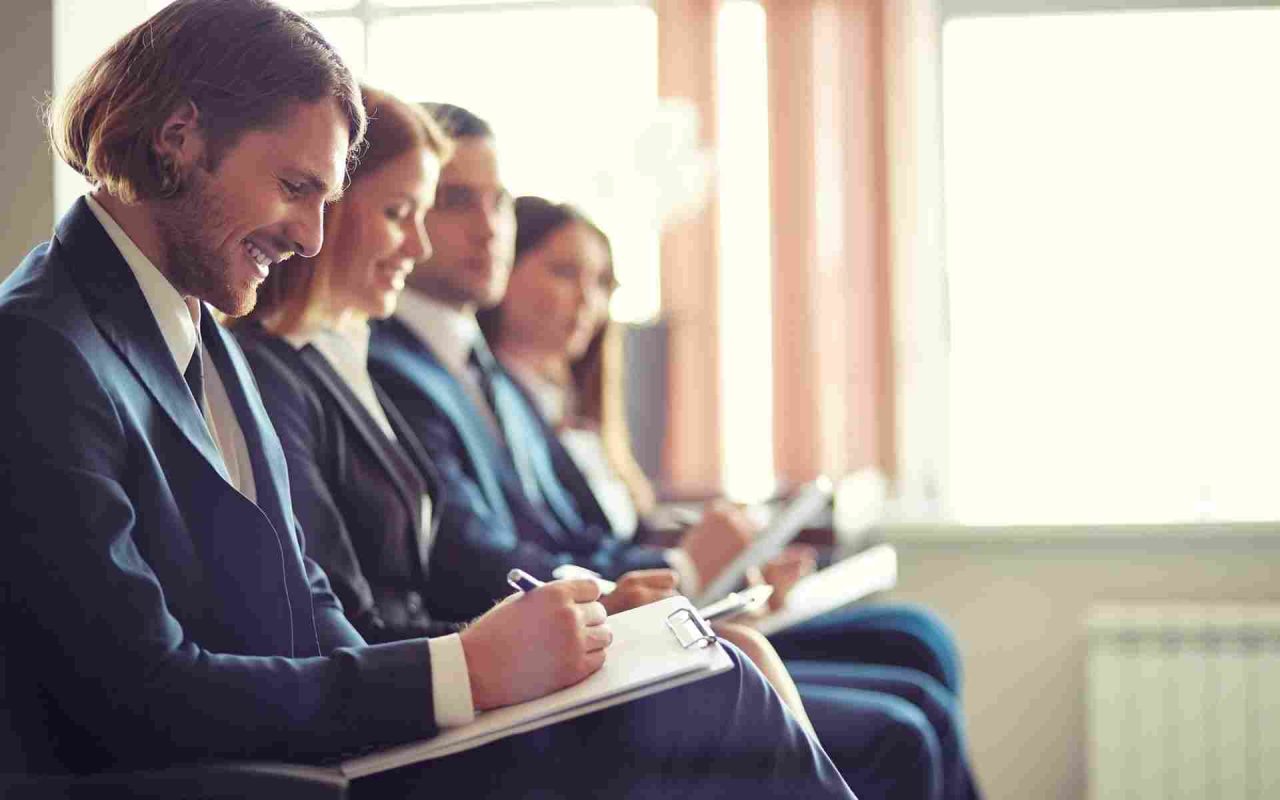 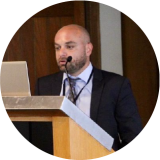 He is Director of Macrofinancial Risk Analysis Directorate at Central Bank of Mexico. He has been Deputy Manager of the Real Sector Unit, Senior Researcher of the International Affairs Unit and Financial resesarcher of this institution. He has also been Deputy Manager of the Macroeconomic Research Department of the Center for Latin American Monetary Studies (CEMLA). He is economit at the University of Valencia (Spain) and Master from the Université de Nantes (France), where he graduated with honors. He holds a Ph.D., also in economics, from the University of California, San Diego (UCSD, USA). 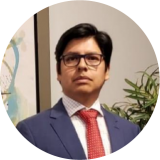 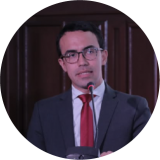 He has been Director of the Department of Financial Stability of the Central Bank of Colombia since August 2017. Since 2015, he has worked on the development of the stress testing model currently in use at the Bank and has worked on research projects on policy monetary, regulation, deepening and financial stability. He has been a professor at the Pontificia Universidad Javeriana, in Bogotá. He is an Economist from the National University of Colombia, a Master in Economics from the University of Los Andes, a Master and Ph.D. in Economics from the London School of Economics and Political Science. 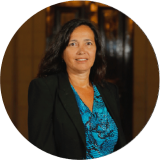 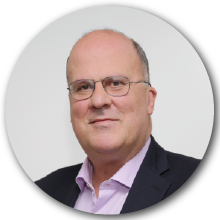 José Darío Uribe is the Executive President of the Latin American Reserve Fund (FLAR). For 12 years he was the General Manager of the Banco de la República (Central Bank of Colombia), after serving as the central bank’s Technical Manager and Deputy Manager of Economic Research. He has also been Professor of Economics at the Universidad de Los Andes and the Universidad Javeriana in Bogotá, Colombia. 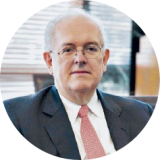 Current Director of the Economic and Political Development Concentration in the School of International and Public Affairs, Member of the Committee on Global Thought and co-President of the Initiative for Policy Dialogue Initiative at Columbia University. He is also the Chair of the United Nations Committee for Development Policy, a committee of experts of the UN Economic and Social Council. He served as United Nations Under-Secretary General for Economic and Social Affairs, Executive Secretary of ECLAC, Minister of Finance and Public Credit, Minister of Agriculture, Director of Colombia’s National Planning Department, and co-Chairman of the Board of Directors of Banco de la República (Central Bank of Colombia). 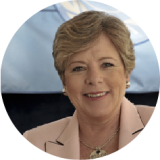 Executive Secretary of the Economic Commission for Latin America and the Caribbean (ECLAC) since July 2008, and the first woman to hold this position. She served as Deputy Executive Secretary and Director of ECLAC’s Environment and Human Settlements Division; Under Secretary-General for Management and Chief of Staff to the Secretary-General of the United Nations. She was also a professor and researcher at the Universidad Nacional Autónoma de México – UNAM (National Autonomous University of Mexico). 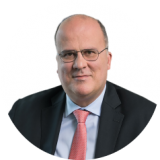 Facing the shock of the COVID-19 pandemic has not only implied making difficult decisions but also an opportunity to reinvent new forms and spaces for discussion. For this reason, the XXXIV Conference of Central Banks and Official Institutions for the first time in 34 years has been held virtually, missing the hall of the walled city.

In this exclusive session, in which we will have speakers from official institutions, different perspectives on the global situation from the economic and financial sphere will converge. Likewise, it will be the closing of the event that has been a space for debate on various issues that, ultimately, may impact the way in which our institutions operate and carry out their institutional objectives.

The session will be moderated by Iker Zubizarreta, Financial Director of the Latin American Reserve Fund. 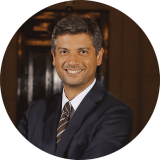 Juan Carlos Piantini is International Markets Manager since July 2017, due to his vast experience on that matters, in fact, between March 2007 and June 2017 he was Head of the Fiscal Agency; the International Money Desk; and the Investment Strategy Departments, mainly dealing with administration of sovereign funds; international reserves; and international investment strategies, design and implementation; respectively.

Mr. Piantini graduated as Economist from Universidad de Santiago and later on, he got a Master degree on financial economics at the same university. He has also developed an academic curriculum contributing to several universities giving courses for graduate and undergraduate students on economics and finance. 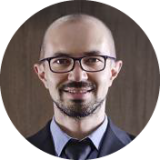 Juan Carlos Quintero is currently the Chief Asset Management Officer of the Fund, and is responsible for the Departments of Investment Management, Reserve Financial Risks and Management of Other Assets.

He is an Industrial Engineer graduated from the Universidad de los Andes (2001), with Master’s degrees in Applied Economics and Applied Statistics from the University of Michigan – USA, certified as CFA and FRM. 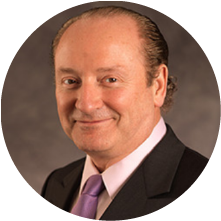 He is currently Resident Scientist at Dimensional Holdings, Inc., where he is the creator of Target Retirement Solution, a global integrated retirement-funding solution system.

Merton received the Alfred Nobel Memorial Prize in Economic Sciences in 1997 for a new method to determine the value of derivatives. He is past president of the American Finance Association, a member of the National Academy of Sciences, and a Fellow of the American Academy of Arts and Sciences.

Merton is the author of Continuous-Time Finance and a co-author of Cases in Financial Engineering: Applied Studies of Financial Innovation; The Global Financial System: A Functional Perspective; Finance; and Financial Economics. He has also been recognized for translating finance science into practice. Merton received the inaugural Financial Engineer of the Year Award from the International Association for Quantitative Finance (formerly International Association of Financial Engineers), which also elected him a Senior Fellow. He received the 2011 CME Group Melamed-Arditti Innovation Award, and the 2013 WFE Award for Excellence from World Federation of Exchanges. A Distinguished Fellow of the Institute for Quantitative Research in Finance (‘Q Group’) and a Fellow of the Financial Management Association, Merton received the Nicholas Molodovsky Award from the CFA Institute. 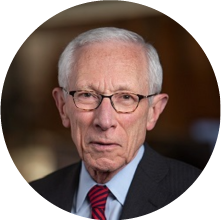 Dr. Stanley Fischer has been a Senior Advisor to BlackRock since January 2019. He served as Vice Chairman of the Federal Reserve Board of Governors from 2014 to 2017. During his tenure at the Fed, Dr. Fischer headed the internal supervision of the key policy divisions of the Board staff as well as the Financial Stability Committee. He also chaired the important Communications Subcommittee of the Federal Open Market Committee (FOMC).

Dr. Fischer served as governor of the Bank of Israel from 2005 to 2013. He was generally credited with having played a key role in minimizing the impact of the global financial crisis on the Israeli economy. He also led a successful effort to pass a new Bank of Israel law to modernize the governance structure of the bank. Under the new law, monetary policy decisions are made by a committee of six, instead of one person under the previous structure. Dr. Fischer chaired the new Monetary Policy Committee.

Dr. Fischer was Vice Chairman of Citigroup from 2002 to 2005. Prior to that, he had served as the first deputy managing director of the International Monetary Fund (IMF) from 1994 to 2001. He played a key role in managing the IMF’s assistance to member countries, including Brazil, Indonesia, Poland, Russia, South Korea and Thailand, during the financial crisis in the late 1990s. He was the chief economist of the World Bank from 1988 to 1990, at a time when the main issue facing the bank was the Latin American debt crisis. 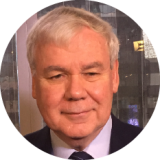 Jan Loeys is a Managing Director and Senior Advisor, and writes The Long-Term Strategist. Jan joined J.P. Morgan in 1986 in New York in Economics. He was Chief Bond Strategist in London 1992-2010 and then Head of Market Research. Returning to New York, Jan became Chief Investment Strategist. Previously, he was Senior Economist at the Philadelphia Fed. Jan has a PhD in Economics (UCLA, 1982) and has taught at Wharton, NYU and Fordham. 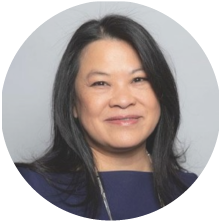 Joyce Chang is Chair of Global Research for J.P. Morgan’s Corporate and Investment Bank, a global leader in Banking, Markets and Investor Services. J.P. Morgan’s Global Research professionals study all sectors in which the firm does business, including equities, fixed income, currency and commodities, emerging markets, derivatives and structured finance. The global research team has been named the top global research firm for 2017 and 2018 by Institutional Investor. Joyce was most recently Global Head of Research for the Corporate and Investment Bank, a role she held for more than five years. She was previously Global Head of Fixed Income Research and began her career as an Emerging Markets Strategist. From 1997 through 2012, Joyce held top rankings in Institutional Investor surveys for Emerging Markets research, earning 25 #1 individual rankings. In 2014, she was inducted into the Fixed Income Analyst Society Hall of Fame. Joyce was a Managing Director at Merrill Lynch and Salomon Brothers prior to joining J.P. Morgan Chase in 1999. She serves on the Board of Directors of Trickle Up and Girls Inc. and is a member of the Council on Foreign Relations, the Economic Club of New York, the Bretton Woods Committee and the Inter-American Dialogue. She is the Senior Sponsor for J.P. Morgan’s Corporate and Investment Bank Women on the Move Network, the network for employees of Asian heritage (AsPIRE) and Nonprofit Board Service. She has been named as one of Top 25 Most Powerful Women in Finance by American Banker since 2012. Joyce holds an M.P.A. from Princeton and serves on its External Advisory Council for the Center for Public Policy, and has a B.A. from Columbia from where she was awarded the John Jay award for professional achievement and serves on its Board of Visitors. 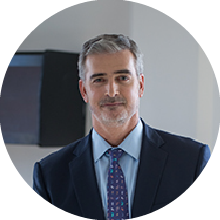 Mr. Iker Zubizarreta is Chief Financial and Investment Officer at Latin-American Reserves Fund (FLAR) based in Bogotá. In 2005, he joined FLAR as Director of Financial Research. In 1991, Mr. Zubizarreta began his career at the Central Bank of Venezuela’s International Investments Department, where until 2005, he held several positions from Portfolio Manager, and Head of Financial Risk Management, to Deputy Head of International Investments Department, and Technical Coordinator of International Reserves. In 1997 Mr. Zubizarreta obtained an MBA from the Massachusetts Institute of Technology Sloan School of Management, with a track in financial engineering. In 1989 he obtained a BS in Business Administration, Summa Cum Laude, from Barton College, North Carolina.

The third session will feature the participation of Nobel laureate Robert C. Merton, also professor emeritus at Harvard University and MIT, and Resident Scientist at Dimensional. Dr. Merton will share his outlook on topics such as:

This session will be moderated by Juan Carlos Piantini, International Markets Manager at the Central Bank of Chile.

This session will feature the participation of Dr. Stanley Fischer, who will share his views on the global impact of the virus and the policy lessons on central banking and international reserve management, answering questions such as:

This session will be moderated by José Darío Uribe, Executive President of the Latin American Reserve Fund.

The Chief Financial Officer of the Latin American Reserve Fund – FLAR will explain the organization of the three days of the event, as well as the purpose and objectives of this annual conference.

The Executive President of the Latin American Reserve Fund – FLAR will welcome the participants with his remarks opening the 34th Conference of Central Banks and Official Institutions.

Two major leaders of J.P. Morgan will hold a discussion in this session, from a global perspective, on how the financial and economic landscape has been affected by the juncture of the COVID-19 pandemic, answering questions such as: